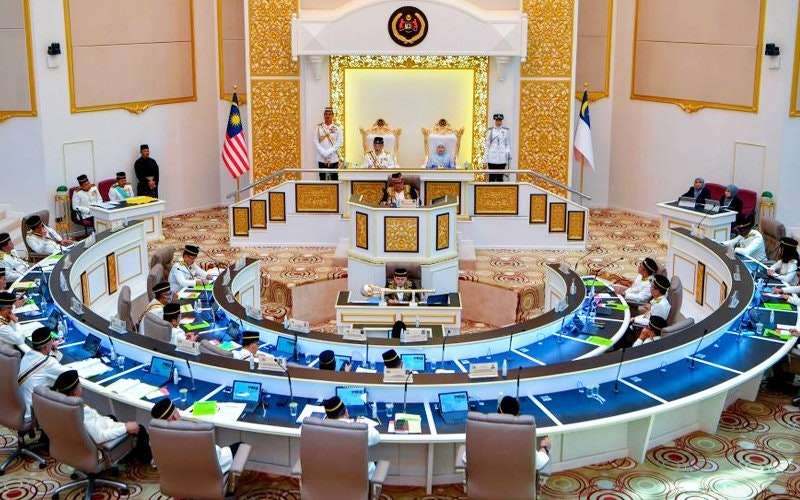 All indications seem to point towards a state election in Melaka although there are talks of having an emergency imposed to delay it.

The coalition that intends to form a state government will need to win at least 15 out of the 28 seats in the Melaka state assembly.

Even though the result of the Melaka election may not alter the current equation of federal power, it is still highly consequential – all parties will attempt to scrutinise every detail to draw lessons for the coming general election.

This state election can also be seen as having the effect of a mega by-election although the result may not necessarily foreshadow the outcome of subsequent national elections.

PKR lost the Ijok by-election on 28 April 2007 with more than 80% of Indian voters voting for Barisan Nasional. However, the party went on to win the March 2008 general election and swept to power in Selangor. As a result of the Hindraf protests in November 2007, 80% of Indian voters nationwide voted for the opposition in the 2008 general election.

By-elections can occasionally act as a form of a ‘gigantic’ polling survey to help political parties make tough decisions heading into the general election.

In December 1968, 28-year-old Lim Kit Siang contested the Serdang by-election  which he lost in a three-cornered fight involving DAP and Gerakan, both newly formed opposition parties, against the Alliance government candidate. The by-election inspired both parties to enter seat negotiations and avoided overlapping contests.

In April 2011, the Sarawak state election results which saw DAP doubled its seats from 6 to 12 provided a huge morale boost for the national swing in Pakatan Rakyat’s favour in the May 2013 general election.

Of late, there are talks that the Sarawak ruling coalition GPS would opt for an election around the same time as Melaka’s, i.e., late November or early December, even though the state-imposed emergency on Sarawak implemented in June 2021– with the purpose of preventing the spread of Covid-19– is slated to expire on 1 February 2022.

By having an earlier state election, GPS would be able to avoid the influx of new voters via automatic registration and Undi18 which would be put into effect by the end of this year.

The Election Commission is expected to deliberate on the detailed arrangements for the Melaka polls today (18 October) unless an emergency is imposed by the Yang di-Pertuan Agong prior to that.

UMNO used to control most of the Peninsula states with an iron fist, thus election dates were coordinated between federal and states.

Even the then opposition states such as Kelantan did not want to face the full brunt of the UMNO-BN campaign machinery and would play along to have concurrent federal and state elections.

As the stakes in Melaka is not a do-or-die situation, and given the fractured situation among the coalitions involved, the state election may see parties experimenting various arrangements.

On the UMNO front, its President Datuk Seri Ahmad Zahid Hamidi may want to impose his will and sign the nominations for candidates aligned with him. However, he can expect that Prime Minister Datuk Seri Ismail Sabri Yaakob will want to do the same.

Until 2018, UMNO’s internal structure concentrated its powers in the hands of the party president who held the dual role as prime minister. Today, the state party is likely to wield huge influences on the final decision on candidates.

At the national level, some leaders in UMNO have firm views that there should be no cooperation with Bersatu, and even with PAS. Secretary-General Datuk Ahmad Maslan claimed that Zahid preferred not to work with PAS while Deputy President Datuk Seri Mohamad Hassan wanted to collaborate with PAS.

If PAS is firmly with Bersatu (allegedly a view held by PAS President Datuk Seri Hadi Awang), Perikatan Nasional which is Bersatu’s vehicle may still have some leverage to negotiate with UMNO.

If PAS works with UMNO independent of Bersatu, the UMNO breakaway party may not have much leverage. An unhappy Bersatu may not cause the fall of the Federal Government as the party has even more to lose if an early national poll is called.

There are talks that Datuk Zuraida Kamaruddin is forming a new multi-ethnic party within PN to provide a platform for formerly PKR multi-ethnic MPs and supporters who feel sidelined by Bersatu.

Ismail Sabri’s brother Kamarazaman Yaakob has also formed a PKR-like new party friendly to BN which aims to fill the void of the demise of non-Malay parties aligned to BN, namely MCA and MIC.

I figure that MCA and MIC may be given a token number of seats to contest and probably lose, but any Malay plurality mixed seats previously contested by MCA or MIC would be taken by UMNO mercilessly. UMNO would not play nice anymore as it struggles for its own survival.

The Melaka state election will seal the fate of MCA and MIC, which has been on the decline since the 2008 general election.

In this context, DAP will have to adapt to battling UMNO candidates in at least 4 out of the 8 seats the party contested in 2018. DAP will have to appeal across a multi-ethnic electorate especially in semi-urban areas.

The Melaka state election will see Pakatan Harapan deciding on a thorny issue – which logo to use. Last March, DAP and Amanah’s national leadership have respectively made the decision to use the Harapan logo in the coming general election.

PH’s Majlis Presiden later endorsed the use of the Harapan logo on 23 August. However, many in PKR are still lobbying for the PKR logo.

The likeliest outcome would still be that all Pakatan Harapan parties use the Pakatan Harapan logo. However, as the stake of Melaka state election is not about life or death, PKR may decide to test out its distinct branding, separate from other PH parties which would use the Harapan logo.

If there is a PH coalition united around the Harapan logo, it is likely to be seen by voters as a united, coherent, and convincing force up till the next general election.

If PKR and Harapan logos are both used in the Melaka election, it is likely to stay this way in the upcoming general election, which will probably trigger a set of new arrangements.

It is also interesting to watch the move of Datuk Seri Idris Haron, former Melaka Chief Minister and leader of the renegade UMNO faction which triggered the state election. Which party will he join after UMNO sacked him on 14 October?

Given that former Melaka PH Chief Minister Adly Zahari is quite popular, and UMNO is split multiple ways internally and fighting “frenemies” PAS and Bersatu at the same time, a united Pakatan Harapan under Adly may pose a formidable challenge to UMNO.

However, voter turnout could affect PH’s performance. In the last general election, it won many seats across the Peninsula due to very high voter turnout, boosted by the return of outstation voters working in major cities but voting in semi-urban and rural seats.

Now, fearing Covid-19, working in Singapore, the frustration and fatigue with politics, and realising that it’s not a do-or-die situation, all could result in a low turnout.

Whatever the consequences, the Melaka state election will not be a walk in the park for all the competing coalitions.