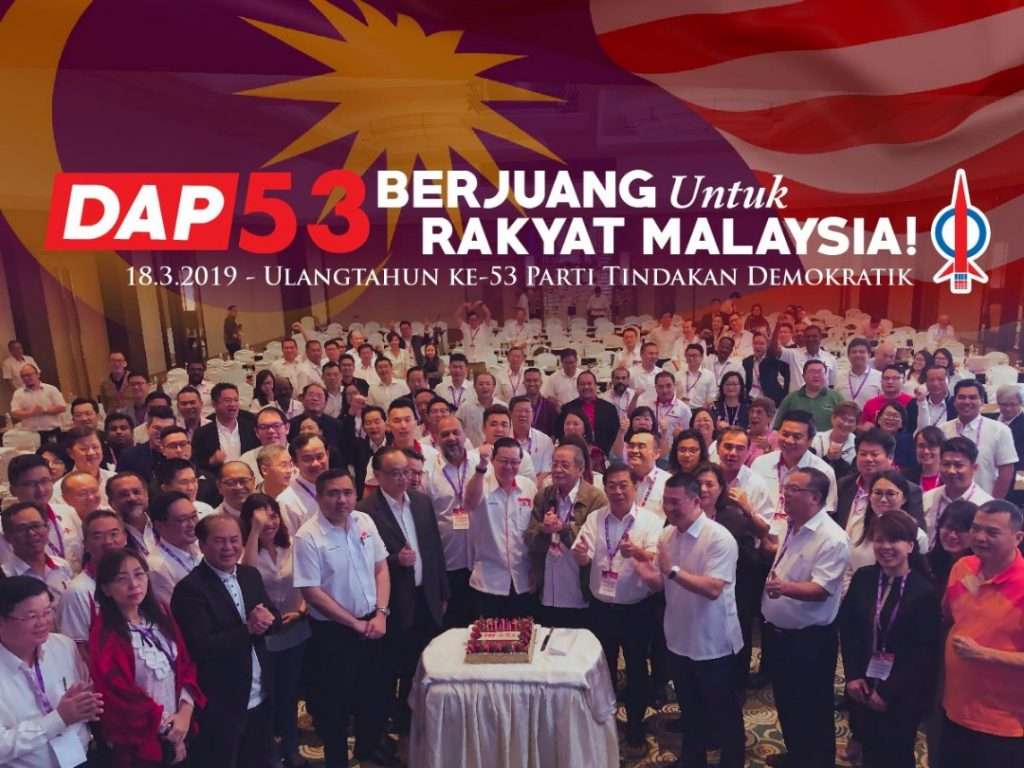 To have a strong and credible government, it is important that the parties in the ruling coalition are stable, disciplined and purposeful.

It is with this objective in mind that I would like to discuss some of the difficulties and challenges faced by DAP in transiting from a “permanent” opposition party to a partner in a coalition government.

FROM A GROCERY SHOP TO A HYPERMARKET

Up until the political tsunami in 2008, DAP was just a tiny party with a very small group of dedicated leaders and members, and had no hope of coming to power at any level.

The paradox of being in the state of permanent opposition is that DAP presented the nation with the most respected personalities, such as Lim Kit Siang and the late Karpal Singh, but at the same time, had a very thin talent pool.

Now that DAP is part of the national coalition government and part of several state governments, the talent pool should expand.

The challenge is to manage a big party with people from all backgrounds and yet many have not gone through the baptism of fire and hardship that moulded the party.

FROM SOLO SINGERS TO AN ORCHESTRA

There was once no need for DAP to coordinate policies because it was in permanent opposition. They were good in opposing and exposing the Barisan Nasional government’s misrule. They were more akin to fantastic solo singers. Coming to power means DAP leaders are expected to be a in a group of harmonised orchestra, having clear and consistent policy messages which the public and Pakatan Harapan partners expect the party to be in sync on all government policy matters.

FROM A MEDIA-INCLINED PARTY TO A PROBLEM FIXER

The Barisan Nasional era did not provide room for the opposition to take part in governing, therefore, the opposition could only resort to be a voice in the media. I have always advocated for more parliamentary committees to create an environment and an eco-system for backbenchers and the opposition to be involved in co-governing.

DAP leaders at all levels now have to do more than just highlighting problems to the media and become problem fixers (and hopefully emerging as inspiring visionaries) in villages, towns, cities, and state and national levels.

THE PERSPECTIVE OF 20 DAYS AND 20 YEARS

As government, we have to solve the problems of the next 20 days but we also need to think through from a 20 years’ perspective as every decision we make now would have long-term consequences.

Politicians from DAP as well as Pakatan Harapan would have to learn to negotiate with coalition partners, civil servants, members of civil society and businesses on each move. We must also guide society to understand policy trade-offs and accep difficult solutions that are not necessarily perfect so that genuine change would happen to all, and be accepted by most.

Just like any other Pakatan Harapan coalition partners, DAP would never be able to rule alone. Just as we expect our partners to govern in the spirit of a genuine coalition, DAP leaders must do their bid at all levels to make the coalition work and to make decisions in the interest of Pakatan Harapan, and not just DAP’s interest.

The challenge now is to cascade that spirit to all levels and make collaboration, respect for each other and thinking of the interests of Pakatan, and not just their party’s, the default mode of operations.

NOT A RACE-BASED PARTY

Umno and Pas use DAP as a bogeyman to tarnish the credibility of Malay leaders in Pakatan Harapan in the hope that Malay voters reject the coalition.

Sadly, some DAP allies in Pakatan Harapan also want DAP to focus on non-Malays only. Worse, there are those in DAP who still think in racial framing and hope the party would be a non-Malay champion.

Therefore, DAP and Pakatan Harapan must find a narrative and vision to acknowledge that Malaysia is a divided society, and to transcend the divide and heal the nation to not allow extremist views to take hold of public discourse.

There are two popular myths in the minds of most Malaysian politicians. First, Malays are rural and, second, Malays and non-Malays are culturally different and therefore have no common interests.

A lot of surveys keep showing the same result: all communities are most concerned about jobs, pay, cost of living, opportunity for upward mobility, education for their children, dignity and safety nets. Common interests unite us.

There are a lot more things that unite us than that divide us. DAP needs to articulate these common interests and deliver them to all Malaysians as part of the Pakatan Harapan coalition government, working in tandem with its coalition partners.