The long road of coalition building 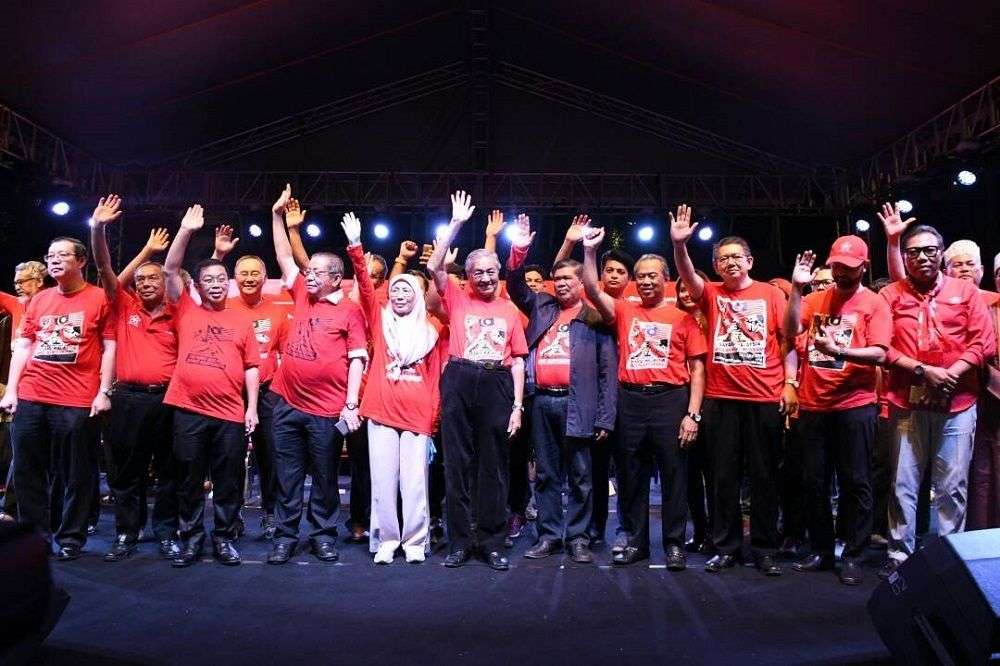 It was a sad day for the DAP on 29th November 1999. The results of the 1999 general election was arguably the worst ever election outing in DAP’s history although in terms of the number of seats we won, it wasn’t that horrible. But Lim Kit Siang and Karpal Singh – the party’s most important leaders – lost their respective parliamentary seats in Bukit Bendera and Jelutong.

To the DAP, it was almost like the end of the road. When I congratulated Teresa Kok on her maiden victory the next morning at Seaview Coffee Shop near the old DAP headquarters in Petaling Jaya, she said she would rather lose than to see Kit Siang and Karpal losing their seats.

On election night, some of us young election workers actually stayed up late at the headquarters. We were staying there throughout the election campaign because we were campaigning for Hew Kuan Yau a.k.a Superman in his failed bid for the nearby Bukit Gasing state seat.

Being young, we were a noisy bunch cheering the victories of PAS in Terengganu and Kelantan to the great annoyance of loyal DAP party workers who were in mourning mood.   For them, DAP lost because of its association with PAS in Barisan Alternatif.

For the next two years until DAP pulled out from Barisan Alternatif on 22nd September 2001, the party, particularly Kit Siang, tried extremely hard to juggle two Herculean tasks:

On the day I reported for duty as Teresa Kok’s first ever political aide on 16th December 1999, she was not at the office. She was on a trip to Kelantan and Terengganu with Kit Siang to meet Tok Guru Nik Aziz Nik Mat and Tuan Guru Hadi Awang.

Dialogue sessions were organised to bring Nik Aziz and Hadi to speak at Selangor Chinese Assembly Hall to engage the non-Muslim audience.

I led several trips of Teresa’s constituents to visit Kelantan and Terengganu state governments in an attempt to fight the fear mongering among Chinese newspapers against PAS.

At private dinner, I saw how hard life was for Kit Siang after the most humiliating defeat. But he wasted no time, travelling up and down the country against all odds, trying to preserve the nascent Barisan Alternatif coalition until it was untenable.

I have a lot of admiration for the then PAS President the late Ustaz Fadzil Noor. I often wonder had Fadzil Noor won the Kedah state government and not Hadi the Terengganu government, history may be different. Hadi, then and now, couldn’t be bothered about the need to preserve the multiracial coalition.

In the 1999 campaign, Bukit Bintang MCA was found to put up PAS flags at 4 am on election day despite PAS not contesting in the area. In the 2004 election campaign, Bukit Bintang MCA was even more daring, hanging “green rocket” in the entire constituency throughout the campaign period to tie DAP to PAS despite Barisan Alternatif collapsing in 2001. At that time, PAS equals DAP equals political suicide.

For the next 20 years, even at this particular moment, it is the very same struggles which at time pain me.

First, to convince the DAP rank and file, and sometimes leaders too, as well as coalition partners, that we must do everything possible to keep a multiethnic coalition with a semblance of common programme.

Second, to convince as many Malaysians as possible that much as we are from different ethnic, religious and cultural backgrounds, our interests are almost the same and our destiny is one.

The failed Barisan Alternatif experience saddened me as I figured out the only way to defeat Barisan Nasional was to have a multiethnic coalition. I decided to study PAS during my sojourn at the Australia National University under Dr. John Funston, a renowned scholar on Malay politics.

My thesis which I submitted in November 2004 argued that as a result of the influx of younger leaders during Reformasi, there are two groups namely the hardliners and the mainstreamers.

The hardliners/purists have no interests in coming to power at the federal level and couldn’t care less about non-Malays and moderate Malay sentiments; they care only about their moral high ground in their ethnic gallery.

The mainstreamers – a term used by Fadzil Noor at one of PAS’s muktamar to call on the party to move to the centre – wanted to build coalition, and to make PAS acceptable to both Muslims and non-Muslims.

The last 20 years were a very fruitful albeit painful period of building a serious political coalition that was meant to reform our nation after years of neglect and corrupt practices of Barisan Nasional. The success was proven in May 2018.

More so, in each of the Pakatan Harapan parties, there are a number of leaders who believe in coalition building and have been work very hard to make coalition works despite the difficult situation.

To the credit of the leaders and members who formed Amanah in 2015, they went through hell against insults to insist the need for a multiethnic coalition, and not an exclusive Muslim-only coalition favoured by Hadi and his followers.

We can be assured that there are enough leaders who believe in the multi-ethnic coalition project.

On the other hand, I must confess that it is an uphill task to convince Malaysians to see all Malaysians as part of a shared imagined community with common destiny.

Pakatan has to redouble its effort to get every Malaysian to see that whoever we are, we are all against corruption, we  want better jobs, decent pay, strong and fair business opportunities, just taxation, better education, good health care, affordable housing options, quality public transport, clean environment, overcome climate change crisis, etc.

These should be our governing agenda and our daily talking points. We should make these issues the most emotional compelling issues.

For instance, losing a job or not having enough money for food for children or struggling with health care services, is so emotionally challenging. Every affected person feels the pain. It’s worse for the head of each family.

Despite such reality, many of us are still susceptible to ethnic firestorms manufactured by racial champions of the social media as well as some media that are still friendly to the previous regime.

We have to work in coalition and we have to do our best to keep the entire coalition in the middle.

My friend Wong Chin Huat said that middle path is like “coffee without sugar and milk”. In simple term, it has no taste. “We take the less tasty option to preserve health.”

To a certain extent, he is right. We are pursuing the middle path because the alternative is chaos and even bloodshed via extremist/exclusive politics.

After spending 20 years trying very hard to build and sustain coalition, often being attacked for allegedly “not thinking about our base” sufficiently, I want to devote my energy to get the majority of Malaysians to see that our interests are almost the same – jobs, pay, business opportunities, just taxation, education, healthcare, housing, public transport, environment/climate etc. – and our destiny as Malaysia is one.

Twenty years later, the image of Kit Siang trying very hard to build coalition despite his own defeat is still an inspiration to me. No matter how hard it is, we shall soldier on to build a Bangsa Malaysia/Malaysian Nation that we will be proud of.